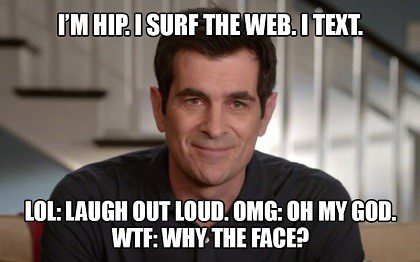 The 50 best Dad Jokes that might make you laugh a little! Enjoy this great collection of funny jokes and share them with your friends and family.

Whenever the cashier at the grocery store asks my dad if he would like the milk in a bag he replies, ‘No, just leave it in the carton!

I was addicted to the hokey pokey… But, I turned myself around.

Why did Snoop Dogg grab his umbrella?
Fo’ drizzle.

I just watched a program about beavers. It was the best dam program I’ve ever seen.

The inventor of the throat lozenge has died. There will be no coffin at his funeral.

Why did the blind man fall into the well?
Because he couldn’t see that well.

I thought about going on an all-almond diet. But that’s just nuts

My wife keeps telling me to stop pretending to be butter. But I’m on a roll now.

Why does the chicken coop have only two doors?
Because if it had four, it’d be a chicken sedan!

If anyone could just reverse the process of making wine, that would be grape.

The Best Jokes For Dads!!

You heard the rumor going around about butter? Nevermind, I shouldn’t spread it.

Two goldfish are in a tank. One says to the other, “do you know how to drive this thing?”

A furniture store keeps calling me. All I wanted was one night stand.

I used to have a job collecting leaves. I was raking it in.

To the guy who invented the zero… Thanks for nothing.

I got hit in the head with a can of Diet Coke today. Don’t worry, I’m not hurt. It was a soft drink

Why don’t crabs give to charity?
Because they’re shellfish

Why don’t skeletons ever go trick or treating?
Because they have no body to go with.

Did you hear about the restaurant on the moon?
Great food, no atmosphere.

Why did the octopus beat a shark in a fight?
Well, he was well armed!

Want to hear a joke about paper?
Nevermind it’s tearable.

Why can’t you hear a pterodactyl using the bathroom?
Because the P is silent.

What kind of tea you drink with the queen?
Royal tea.

Did you hear about the man who stole a calendar?
He got 12 months.

Why couldn’t the bicycle stand up by itself?
It was two tired.

What do you call a man with a rubber toe?
Roberto.

I Started A New Business Making Yachts In My Attic This Year.. Sails Are Through The Roof!

Did You Hear The Story About The Cheese That Saved The World?
It was legend-dairy!

I’m afraid for the calendar. . . Its days are numbered.

I have kleptomania. Sometimes when it gets really bad, I take something for it.

The circle is just the most ridiculous shape in the world.
There’s absolutely no point to it.

Today, a girl said she recognized me from Vegetarian Club. But I never met herbivore.

I told my husband I hate my haircut. He replied, ‘Don’t worry, it’ll grow on you.’

Did you hear that Arnold Schwarzenegger will be doing a movie about classical music?
He’ll be Bach

How do you drown a hipster? In the mainstream.

Why did the coffee file a police report?
It got mugged.

Why did the scarecrow win an award?
Because he was outstanding in his field!

Did you hear about the kidnapping at school?
He woke up.

To the man in the wheelchair that stole my camouflage jacket… You can hide but you can’t run.

What did the farmer say when he lost his tractor?
Where’s my tractor?

If prisoners could take their own mug shots, would they be called cellfies?

Nostalgia isn’t what it used to be.

What do you call a snowman with a six pack?
An abdominal snowman.

What do you call a fly without wings?
A Walk!

What do you call a fat psychic?
A four-chin teller.

Just quit my job at Starbucks because day after day it was the same old grind.

Can February March?
No, but April May.

Why can’t two elephants go swimming? Because they only have one pair of trunks

Our wedding was so beautiful. . . Even the cake was in tiers.

What do you call a cow with no legs?
Ground beef.

Not sure if you have noticed, but I love bad puns. That’s just how eye roll.

A guy walked into a bar… And was disqualified from the limbo contest.

Where do you learn to make ice cream?
At sundae school.

What do prisoners use to call each other?
Cell phones.

When does a joke become a dad joke? When the punch line becomes apparent.